The Nuances of Interpersonal Effectiveness Series, #12: Analyzing What Makes for Great and Poor Relationships – The Beatles January 1969 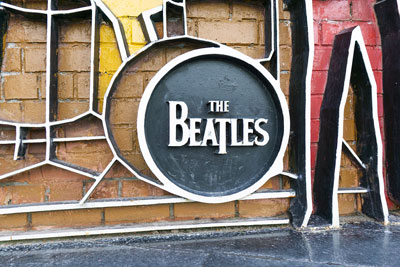 This is the final article in my series on the nuances of interpersonal effectiveness. First, I will review the main ideas we have covered so far, and, second, I will apply as many of them as I can in analyzing the Beatles in January 1969 based on the Get Back documentary that is streaming on disneyplus.com.

Summary of What Strengthens Relationships

This series has focused on reverence, trust, love, forgiveness, enjoying great fun, and resetting our mindset as essential keys to building or rebuilding relationships.

Trust that the other person is reliable and competent and will do what he or she has committed to doing.

Forgiveness acknowledges that we know what the other person did was wrong, we make it clear that we will continue to love the other person, and we want both of us to recommit to the relationship.

Enjoying great fun is about experiencing laughter and smiles and silliness that can help rejuvenate a relationship for the more serious tasks ahead.

Resetting our mindset means that throughout the day we surrender thoughts that are keeping us trapped in anger, resentment, and frustration, and we regain a positive mood by focusing on what we are grateful for and a positive attitude by positively believing in the future.

Summary of What Damages Relationships

This series has explained how muttering negative comments under our breath about other people, negatively judging and criticizing others, expecting a specific response to everything we say and do, and -isms (racism, ageism, genderism, heightism, geographyism) can really hurt a relationship.

Thoughts on The Beatles Get Back Documentary

In order to explain these ideas on relationships, I am going to attempt to apply them to the Beatles. On Disneyplus.com there is a nine-hour documentary called, The Beatles: Get Back. It consists solely of actual footage from the Beatles creating music in January 1969. It may seem very tedious at times, but if you watch the whole thing, I think you will see so many valuable insights on what helps and what hurts relationships. If you are not familiar with disneyplus.com, you can join this streaming service for less than $10/month, watch the documentary, and then unsubscribe.

What Strengthened the Relationships within the Beatles

Reverence – There are scenes where the four of them are working out the nuances of a song. They really listened to each other respectfully. And in doing so little by little they created classic songs that have literally stayed relevant for over 50 years.

Trust – They trusted each other to write songs and perform them. While most were written by John Lennon and Paul McCartney, George Harrison and Ringo Starr also wrote songs for their last albums. They also trusted each other to do what they each did best. They didn’t tell each other how to play the guitar or the drums or how to sing. They stepped into a song and each person was trusted to do his part well.

Love – I’ve used this definition of love: seeing the good in another person, accepting the person as he or she is right now without any changes, and appreciating the person. When the Beatles actually focused on playing a song, you can see the way they saw the good in each other and didn’t try to change each other. They would look directly at each other and show looks of appreciation toward one another. I thought it was quite magical to watch. For example, when they went up on the rooftop toward the end of the documentary. The wind is blowing, it’s very cold, a crowd is forming on the street below, and the four of them are just really seeing the good in each other and appreciating each other.

Forgiveness – When George Harrison quit the group in early January, there was real damage to the relationships in multiple directions. It took a number of days before each of the members were able to forgive one another for past hurts, recommit to each other, and move forward again in the making of their Let It Be album.

Enjoying great fun – One of the most surprising aspects of this documentary was the amount of laughter and silliness the four of them had in making an album in 26 days. I was particularly surprised by how light-hearted and joyful and funny John Lennon was with the other three. There was real pressure to deliver something by the end of January, and Lennon did do remarkably creative work and delivered great singing, but he did it all with a sense of humor. This was crucial for the group to get through the amount of work they had to do.

Resetting Their Mindset – While they spoke often about this being the possible end of the Beatles, they were able to reset their mindset multiple times over the four weeks in order to come together when necessary to make each song. These were not isolated efforts. Every song required efforts from all four band members, and the songs they made were amazing.

What Damaged the Relationships within the Beatles

However, for all of their good efforts there were too many things that went wrong within their relationships. There were three minor reasons, and one major reason.

Here are the three minor reasons their relationships got strained:

Negatively judging and criticizing others – There was a tone of complaining that there was no direction, no aim, no leadership.

Expecting a specific response to everything we say and do – The director of the documentary suggested that they play on the roof of their building, and George said that it was a dumb idea and he had no desire to go on the roof at all, which created tension in the group.

However, the major reason for the breakup of the Beatles was a lack of respect between the band members.

George suggested a song and wanted the group to play it all out and fix it along the way. Paul talked to George as though he were talking to a high school student in saying, “Now, George, first you have to simplify the song and play it simple. Then you can complicate it up later on.” Paul’s advice was good, but the tone and the approach came across as disrespectful to George. They went back and forth over and over. Each time Paul sounded like he was 20 years older than George even though they were a year apart in age. Paul sounded frustrated that he had to “teach” George how to make a song. George felt totally disrespected and quit the band very soon thereafter, only to come back after two private meetings with the other band members.

Another example of disrespect was John walking in late for their recording sessions day after day.

Finally, the clincher was when John met privately with a possible new manager for the Beatles, Allen Klein. This wasn’t shown much in the documentary, but in the end it played a major role in the breakup of the Beatles. Paul was furious and felt totally disrespected that John did this largely on his own without consulting with Paul first.

The Beatles documentary, in my opinion, can be incredibly valuable to groups of all types. The Beatles obviously could and did get along very well in making amazing music. They had fun together and really respected each other and listened to each other at times. This was a big part of their success. However, their downfall came about in part because they stopped showing as much respect to each other as they were capable of showing.

Think about your own relationships: family, friends, community, and work relationships. Be intentional about choosing what to do and what not to do in order to build effective sustainable relationships.