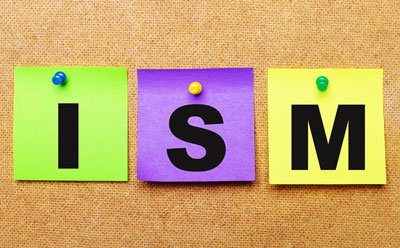 -isms have had a devastatingly dangerous impact on interpersonal effectiveness. Here are just a few thoughts on how to set these -isms on their side to see their foolishness.

Racism, genderism, and ageism have to be three of the dumbest things in human history. To think that two people with the same values and same talents are viewed differently because of the color of their skin, their gender, or their age is ludicrous.

Just think about what would have happened. White people would stand in the sun for hours baking themselves to try to look darker. Every white person would buy a tanning booth and have it installed in their house. They would get black shoe polish and rub it on their faces to look as dark as possible in order to appear smarter. All because people assumed that darker people were smarter and therefore had more opportunities in life.

Imagine in the year 1600 that it was assumed that women were vastly more intelligent than men, and that only women could make difficult decisions that affected organizations and societies. Men would be seen only of being capable of listening to women, typing up what they heard, and handing the paper to the women so that they could use it in their meetings with other women. Men would rally together to try to get the opportunity to vote and to have a say in society. And men would be frustrated beyond belief that they had no chance of equality because of a silly assumption.

Imagine that to be considered cool and hip you have to at least reach the age of 50. Until then you are ignored as being out of touch with reality. You have to wait until you get wrinkles in your face and say things like “cool and hip” to be considered worthy of the media’s attention or to get any meaningful parts on tv or in movies or to be featured on the cover of a magazine. You are considered out of touch with reality until you have gray hair.

Imagine young people crying that they weren’t yet 50 or 60, or even better yet, 70 years old because the only people that are respected and idolized in society are those people who are in their 80s.

Why have we allowed our behaviors for the past 400 years to be based on assumptions that have no merit? Why have we plastered beliefs about people we don’t even know based solely on their skin color, gender, age, and a variety of other external labels? It makes no sense.

So why do we keep doing it? Somewhere in the long arc of human history people need to stop operating on assumptions that have no merit. Why not us, and why not now?

And I could have listed many other bizarre assumptions that people make and turn into “well-established beliefs” and bizarre actions like these:

If you are of Asian descent, you are good at math.

If you a millennial, you are selfish and won’t work a day in your life.

If you are a baby boomer, you can’t figure out technology.

If you don’t jump up and down enthusiastically when someone mentions a name for president of the United States, then you are labeled either a conservative or a liberal with all the negative baggage that is strangely associated with liberalism or conservatism.

And the craziness goes on and on and on.

Please let’s stop with the -isms. We are all human beings. We all deserve to be treated with dignity, kindness, respect, and caring in a positively affirmative way. Each of us is unique. The races, ages, and genders we have do not determine our capabilities, passions, and values.

Please let’s stop jumping to conclusions about another person based on the person’s race, gender, age, or any other external label.