The Nuances of Interpersonal Effectiveness Series, #6: Appreciate the Positives in Other People 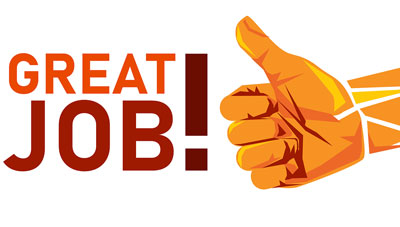 As you think about other people focus on what you appreciate about them in a positive way. By doing so you will dramatically impact your interactions with that person or group of people.

That is so simple to say, but if we are not tremendously careful, it can become almost impossible to do.

Just as deadly as the worst disease has been the horrendously negative impact of CNN and Fox News over the past decade. If you have ever watched either of these shows for more than 15 minutes you will see the massive amount of mockery and hatred that is spewed out at other people during the programs on these shows.

The cumulative effect of these two shows and their never-ending attack at different groups of people has created a horrible residual effect. Today people in all kinds of situations will literally verbally attack other people without even thinking about. This has made for terrible dynamics in businesses, schools, religious groups, friendships, and families. This kind of verbiage and behavior has created massive fissures between people and has done lasting irreparable damage to all kinds of relationships

Instead of focusing on the positives in each other and appreciating each other for what we each bring to the party, we now live in a society where people slap labels on each other and then say the nastiest and most mocking things about each other.

And this behavior is replayed day after day and hour after hour on CNN and Fox News. If we really want to shift our verbiage and behavior toward each other, I suggest we literally stop watching those shows.

The Wisdom of Earl Nightingale

Of the many, many speakers and authors that I have studied, one of my favorite teachers is Earl Nightingale. He told a story about a person who asked what kind of town he was about to enter. Nightingale said the other person replied that some people say it’s a wonderful town with friendly people while other people say it’s a terrible place to live with mean-spirited people. Then the first man asked the second, “Well, what kind of town do you think it is?” The second man replied, “It is exactly the kind of town you look for. If you want to see the good, you will see it. If you want to see the bad, you can find that as well.”

What has driven people apart is they only look at the negatives or areas of disagreement that they have with other people, and then they justify their behavior as being reasonable no matter how nasty or mean-spirited or mocking their words and actions become.

For one week, stop watching CNN and Fox News. Think about and write down the good and the positive that you see in other people. Perhaps write them a handwritten letter of appreciation. Call them up and tell them how wonderful you think they really have been over the years. Let’s see what happens if we try that.

Marcus Aurelius and his book, Meditations

Marcus Aurelius lived from 121 – 180 A.D. He was famous as a Roman Emperor, but way more famous as a philosopher who has impacted people for centuries through his book, Meditations.

At the beginning of the book, Aurelius lists 16 people who had a positive influence on his life. Altogether he identifies more than 50 positive things he learned from these 16 people.

What a great way to review your life. Make a list of people who have influenced your life. Family members, friends, educators, bosses, co-workers, neighbors, people in your community, and so on. Then for each name write down three things you appreciate about the person that have enriched your life. Focus on those positives.

A Thought from Henry David Thoreau

I just finished reading a biography called, Henry David Thoreau: A Life of the Mind, by Robert Richardson. It was quite long, 389 pages, and densely filled with every detail you could imagine. Sometimes, okay oftentimes, I wonder why I slog through such long books. And then somewhere toward the end I uncover the golden nugget I was looking for.

On page 379, Thoreau is quoted as saying, “A man receives only what he is ready to receive, whether physically or intellectually or morally…We hear and apprehend only what we already half know… Every man thus tracks himself through life, in all his hearing and reading and travelling.”

We don’t hear or see all of reality. We only hear and see the slice of reality that fits with our reality. And then we reinforce it over and over. However, we get to choose the slice we are going to pay attention to. I suggest we make it the positive slice of each person we encounter, and then build our relationships on those positives.

As Earl Nightingale would say, “The choice is ours. We become what we think about.”