The Nuances of Interpersonal Effectiveness Series, #5: Trust is the Critical Element 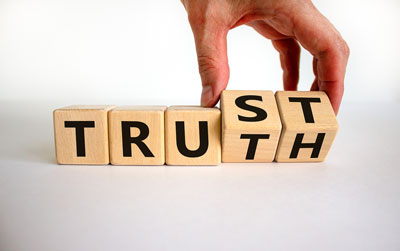 In order to sustain a personal relationship, team, or organization, the most crucial element is trust.

Trust doesn’t mean we are always going to agree on everything. Trust doesn’t mean we won’t ever argue opposing points of view. It just means that our disagreements are out in the open, and if we are both working to support different objectives that we do so in a way that we all know what is happening.

The three most effective ways to ruin trust that I know of are:

Lying About a Person

If you really want to ruin a personal or work relationship with an individual or group, make up lies about the person and tell those lies to other people. This is an amazingly effective way to destroy long-term relationships.

There’s an old saying about the one thing all people who cheat in a marriage have in common: they always get caught. The same is true when people lie about another person or a group of people. Eventually, they get caught. And then the person who is being lied about loses all trust in the liar. Once a relationship goes through this devastating impact it is very, very, very difficult to ever regain that trust.

Lying to a Person

Another super effective way to ruin trust is to lie to a person. You can choose almost any topic (travel expenses, your resume, your meeting with a client, your conversation with the other person’s boss or employees, etc.), and then you can damage the relationship greatly by lying about it. It really doesn’t matter if it’s a big lie or a little lie, whatever the heck that means. Once you lie to the other person, then the other person will always wonder if you are telling the truth in every subsequent conversation. Just one lie. It seems so small at the moment. It seems as though it’s hardly even worth being bothered by. It seems as though it could never inflict any real damage. And yet it lingers. It stays in the other person’s mind, and that other person now has to always wonder if you are telling the truth.

When people in a team or in an organization start having secret gatherings, it’s almost like creating a devastating invisible virus that sucks the life out of an organization.

And just like lies are always eventually heard, secret gatherings are always found out about. And when people find out that other people they work with have been meeting in secret, then the trust is gone. It doesn’t matter if there are no deceitful acts within the secret group. When one group tries to keep secret their organized discussions from other groups, then the trust between the groups is dissolved.

It’s one thing to say, “Our group is meeting in private, and we will let you know what we’ve come up with.” People understand that other people need to have private conversations in order to discuss topics and then to decide what to do. That’s understandable.

What’s not understandable is when groups have secret meetings to drive their agenda forward and never share with anyone else that they are having the meetings or what they have decided to do. When other people find this out, they stop trusting that a conversation with people in this secret group won’t be used in some way that they don’t know about.

Groups of people can disagree with other groups in an organization. The different groups can have their own meetings in private. That happens all the time. The huge and devastating problem occurs when groups meet in secret and don’t share that they are having these meetings and don’t share what they have chosen to do. When other people find out about these kinds of meetings, then they stop trusting those people.

Once trust is gone, the personal relationship, the team, and the organization are effectively done. People might stay, but the trust and the effectiveness of the relationship are very likely over.

Work to build trust every day. Build trust by being honest and upfront, even if you disagree with the other person. Avoid lying about people, lying to people, and operating in secret. You can have some real doozy of disagreements and arguments and still have a strong relationship. But if you ruin trust, you likely have lost your opportunity to be effective with that individual or group.