The Nuances of Interpersonal Effectiveness Series, #4: What We Criticize in Others Might Look Very Familiar to Us 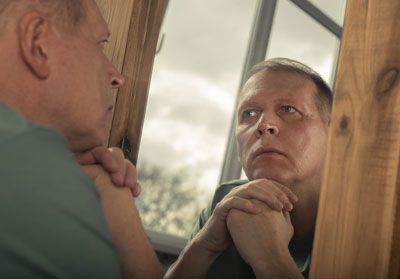 One idea has stood out for me more than any other, “What we criticize in others is what we are most critical of in ourselves.”

A work relationship where we invest as much or more time with other people than we do with those in our own houses is one where people often criticize each other either directly or indirectly. However, the powerful insight from Dr. Hendrix is that we can come to a better understanding of ourselves by slowing down and thinking about what we are criticizing in someone else.

Once I understood this idea I started to understand myself so much better. The areas I needed to work on quickly began to reveal themselves to me. And this idea has stayed with me for all these years. Yes, we might have a good point in what we are saying about other people, but in doing so we might very well increase our awareness of what we need to work on. And once that happens, then we can begin to make real progress on ourselves. As I look back on my life and reflect on different relationships, this way of learning from others has been of enormous benefit.

Once we become aware of this insight from Harville Hendrix it becomes an incredibly powerful tool for improving ourselves. We start to see behaviors and words that we don’t like in ourselves that have been subconsciously hidden from us. On an even deeper level we realize that the other person really isn’t doing something so awful, but that we are really reacting to something more so within ourselves that we want to criticize.

If we criticize someone for being loud at parties, it might be that we are actually expressing our criticism of ourselves but directing it at another person. Once we realize this, we can become more accepting of other people for demonstrating a small dose of the parts of ourselves that we are critical of.

Reading this can feel like a riddle at first. However, once you are aware of this it can become more obvious to you the next time you are critical of someone else.

One Caveat for the Critical Voice

Having said all of that, there are still times when it is important to provide a critical voice.

Martin Luther King, Jr. provided a critical voice regarding the behavior of so many people who abused other people based solely on the color of their skin. Many people have provided a critical voice of other people by supporting all the women who have been treated terribly unfairly for centuries just based on their gender. Mother Theresa and Albert Schweitzer spoke up many times about the dignity of poor people and how important it is that they not become forgotten people. Along the way they criticized those people who ignored the plight of poor people.

Standing up for what you believe is right and wrong is a worthy thing to do, and if it requires being critical of other people in doing so than that is what is needed.