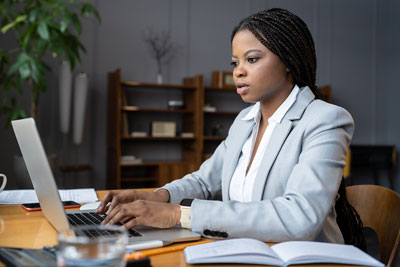 I used to think that businesses were remarkably complicated and beyond my comprehension.

Then I learned that I was wrong.

Businesses are remarkably simple. A business creates relevant value for an intended audience, charges for that value, and works to continually improve that value for that audience. That’s it. It’s not complicated at all. And it’s true for small, medium, and large businesses.

I’ve also learned that there are a few things that all successful businesses have in common. One of those things is they sustain focused efforts.

The Crucial Role of Focus

The number one reason that I have seen why businesses fail is that people lose their focus. There are literally dozens of reasons why people let this happen. They chase a hot new idea that people are talking about, they get bored with what they are doing, they get tired of the infinite number of little challenges that they have to deal with as an entrepreneur, they start bickering with other people on the team, and on and on.

The number one reason why businesses succeed is that people sustain focused efforts. They keep on keeping on and they keep getting better at what they are doing. I’m always amazed at the incredible number of different ways that businesses provide value to customers and get paid for it. Please don’t fall into the trap of thinking you have to pick the perfect industry to be in. It’s not true. If you identify something that would be of real value for a certain group of people who are capable and willing to pay you for it, then you have the makings of a successful business. However, that’s just the starting point. The more important key to success is to wake up every day and sustain focused efforts.

I thought about giving you a very long list of the many, many different industries and methods that people I’ve known have used to make a very good living as entrepreneurs, but then I realized that’s not necessary.

What is necessary is for you to realize that one of the most important keys to success as an entrepreneur is to sustain focused efforts. You have to be wise with money and not go into the poor house through your own stubbornness. You may need to adjust the value you are delivering or the audience you are pursuing until you find the true sweet spot where you are delivering relevant value for a specific audience who is capable and willing to pay for that value. You may need to improve to a point that what you are offering is truly better than your competition. However, over the long term the key is to sustain focused efforts.

I encourage you to study successful entrepreneurs, people like Oprah Winfrey, Sam Walton, Steve Jobs, or the person in your neighborhood who built a successful enterprise in any industry. One secret that will reveal itself to you is how that person sustained focused efforts over an extended period of time.