The Essentials of Teamwork Series, #12: Preserve the Morality of the Team 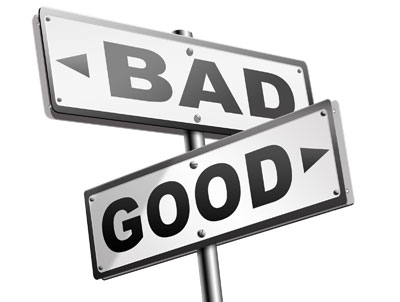 This is NOT an easy read. I read one page, underline almost every sentence I read, and I write notes in the margins. Then I set the book aside for several hours. I get through maybe three pages a day. However, there are sets of ideas from Socrates and Gregory Vlastos that are quite powerful. Here are some of them:

Vlastos wrote, “By the morality of a society I understand those norms of right and wrong, rules of conduct or excellences of character, whose function it is to foster human well-being. The sense of justice centers in the concern that those norms be applied impartially.”

Socrates said, as quoted from the Crito, the following:

And here’s a super doozy one from Socrates:

“The only thing we should consider is whether we would be acting justly, or, in truth, unjustly. And if it should become evident that this action is unjust, then the fact that by staying here I would die or suffer anything else whatever should be given no countervailing weight when the alternative is to act unjustly.”

And finally here’s one more from Socrates:

“I would rather fail acting nobly, than win by acting basely.”

To prove that he was willing to walk his talk, Socrates was killed for sticking to his values.

My summary of these statements is this, “Morality is sticking to a standard of values and behaviors regardless of the situation, the circumstances, the consequences, and the individuals involved. If you believe something is wrong to do, then it is wrong in all situations. We don’t get to pick and choose when and where we do and don’t apply our values. Either we apply our values consistently, or we are acting in an immoral way.”

The Role of Morality in a Team

So what does this have to do with teamwork?

Let’s say a work team thinks long and hard about what values will drive their behaviors, and they list honesty and transparency as two of their core values. According to Socrates this would mean that morality for this team includes having all employees being treated in and acting in an honest and transparent way in all situations.

Then let’s say that employees who are long-time friends of the boss are given special bonuses that no one else knows about. Since these norms of honesty and transparency are not being applied impartially, that means the morality inside of the team has been damaged significantly.

This is also true of people at the other end of the org chart. If a new entry-level employee intentionally cheats on travel expenses or fudges numbers on sales reports, then he or she is acting in an immoral way within this particular team.

Let’s say a major customer is asking a member of the team to tell a lie in order to keep a big sale. This employee is now in a morally important moment. If the employee lies and then says, “Well, I know the boss gives bonuses to friends that they didn’t earn and I know people cheat on their expense accounts, so why can’t I lie to keep this important customer?”, then this employee is also acting in an immoral way. As Socrates points out, doing an injustice in return for another injustice is still an injustice.

In all three cases, the team has acts of immorality within its framework. And that immorality will eventually destroy the sense of teamwork. I define a team as a group of individuals who support one another toward fulfilling a meaningful purpose and achieving important goals. However, this support of one another includes doing so in a moral way.

The Connection Between Morality and Morale

A team can suffer through a time of poor results and still maintain strong morale. When a team suffers through incidences of immorality based on their own stated values, morale is usually destroyed.

Immoral acts within a team can generate a sense of short-term gratification, but they will invariably destroy the team over the long term.

I encourage you to talk about the importance of morality within your team on a regular basis. Clarify the values that are essential to your team. Discuss them regularly. Talk about the enormous importance for all people within this team or organization to use these values as the guiding light for their behaviors in all work situations. Emphasize that this is not a relative matter where they can pick and choose when to apply the values and when not to apply these values.

A Book Recommendation on Morality

Recently I reread a wonderful book after I first read it 36 years ago. It is a play called, A Man for All Seasons, by Robert Bolt. The main character, Thomas More, is going to be executed if he doesn’t tell the king what the king wants to hear. More refuses to say what the king wants because he disagrees strongly with what the king is doing.

In one scene the Duke of Norfolk tries to convince More to just go along and add his name to the list of people who are willing to say what the king wants to hear.

Duke of Norfolk: Thomas, look at those names…You know those men! Can’t you do what I did, and come with us, for fellowship?

Thomas More: And when I am damned for not doing according to my conscience, will you come with me, for fellowship?”

Toward the end of the book, Thomas More explains to his daughter, Meg, who is begging him to sign the paper in order to stay alive, why he won’t say what the king is trying to force him to say:

“When a man takes an oath, Meg, he’s holding his own self in his own hands. Like water. (He cups his hands.) And if he opens his fingers then – he needn’t hope to find himself again.”

Near the very end of the play, Thomas More says, “In matters of conscience, the loyal subject is more bounden to be loyal to his conscience than to any other thing. A man’s soul is his self.”

I believe morality plays an essential role in the making and retaining of the fabric of a team. Acting in an immoral way within the framework of the team rips that fabric apart, and you needn’t hope to find that fabric of teamwork again.