The Essentials of Teamwork Series, #8: Take the Team Seriously, But Don’t Take Yourself Too Seriously 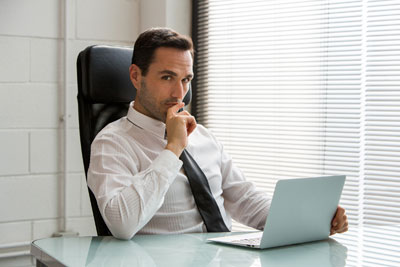 Teamwork is critically important to improving results for a group or an organization.

Teamwork happens when the people in the group or organization consciously and proactively work together to support one another’s efforts to fulfilling a meaningful purpose and achieving important outcomes.

Teamwork can happen as a result of collectively dealing with a crisis, being called together to fulfill a significant purpose, or wanting to raise the bar in meeting the needs of an important cause.

Teamwork is something to really take seriously, but in doing so be very careful that you don’t yourself too seriously. When your personal agenda conflicts with what others want you can inadvertently begin to ruin the teamwork in the organization.

What is the Source of Your Emotions in a Team Situation?

Intense emotions can include tremendous joy, unbridled optimism, deep-seated worry, and fiery anger. When you experience extremely positive or extremely negative emotions in a team setting, it’s important to trace the source of those emotions.

Are you feeling that way because you got or did not get what you wanted on a personal level?

Are you feeling that way because the team did or did not fulfill a meaningful purpose or achieve its important desired outcomes?

Are you feeling that way because of the way you have seen people within the team treat one another?

Let’s take anger for example. You are a member of a team and something happens and you feel really angry about it. Why do you feel that way?

You could be angry because you didn’t get the recognition that you thought you deserved or you felt ignored, laughed at, or controlled by other people. In that case, your anger is about you.

You could be angry because your team did not fulfill its purpose or achieve its desired goals and your emotions are overwhelming you. This is about your attachment to the outcome.

If the source of your anger is you, then I encourage you to work to not take yourself so seriously. Remember: it’s not about you. Don’t take comments from other people as an attack on you personally. They are just sharing their opinions and making decisions. It’s not about you. If this is becoming a major issue for you, then I encourage you to do things to lighten your mood: read a book just for fun, watch a comedy, go for a long walk or bike ride, volunteer to help other people, etc.

If the source of your anger is a shortfall in results, then ask yourself what you can do to try to help improve results in the future. Talk with your teammates about how to improve results. Put together a new plan and move into action.

If the source of your anger is what you perceive to be the mistreatment of some people by some of your teammates, then talk with those people. See if you can’t have an impact on how they treat other members of the team.

You are still part of the team, but you are not emotionally invested in it. You become like a zombie walking around in a trance. The good news is you no longer get angry.

The bad news is you are literally wasting your life. You show up in name and body only, but your passion is gone. You don’t contribute. You don’t complain. You are just a blob of purposeless matter.

Apathy feels good for a little while. You no longer get worked up over anything. You just sit there.

Sometimes It is Best to Just Leave the Team

If you’ve gotten to a point where the only way to be in the group is to be apathetic, then I think it’s time to move on. If you feel members of the team mistreat other members and you have done everything you can to try to improve those behaviors and nothing has worked, then I encourage you to leave the team. Move on.

In the book, Maslow on Management, Abraham Maslow said, ““Ultimately, real self-esteem rests on a feeling of dignity, of controlling one’s own life, and of being one’s own boss.” Rather than being permanently angry over the mistreatment of other people, sometimes you need to move to a different part of the organization or to a different organization altogether.

Sometimes the healthiest thing for the team and for yourself is to remove yourself from the group. This can be very hard to do, especially if you have been a part of the team for 10 years or longer. However, in doing so, you give yourself an opportunity to be a part of a group where people can pull together and support one another toward fulfilling a meaningful purpose and achieving important outcomes.

Now, of course, if the behavior is extremely abusive to a team member than you need to report it. You need to tell someone about it. You need to try to get it stopped. I’m not talking about walking away from some really extremely demeaning behavior. I am talking about when you are in a culture where you can’t fully control or stop people from being treated poorly then it’s probably time to move on. It’s your call. It’s your decision, but I think this is something you really need to think about. Is the situation healthy or is it unhealthy? And then you can make the decision that is appropriate for you.