Pieces of the Personal Effectiveness Puzzle, #9: Ignore the Crickets and the Critics 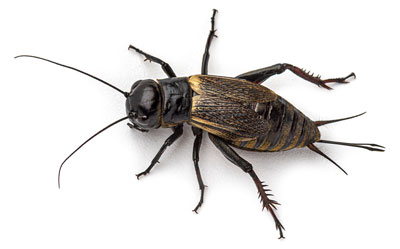 Whenever you start up a new idea, you might have instant success and get a lot of praise.

Unfortunately, you might also hear nothing at all. Many times people will say, “I’m hearing nothing but crickets,” which really means they aren’t hearing from anyone about their idea.

And just as unfortunately, you might hear a lot from the critics. The critics are those people who can only see the negatives. They can’t find a single positive thing in what you are doing, but they definitely know how to unload on all the things that are wrong with what you are doing.

The critic is different than criticism. Criticism is merely pointing out what is wrong with the idea or what could make it better. Criticism can be very helpful as long as it is specific and focused on the idea or the project. You can consider the criticism and then decide whether or not you want to make any changes. Effective criticism is never personal or a judgment of your intentions. Criticism is an explanation of what might make the idea or project better.

Don’t Look for Validation from the Crickets or the Critics

Seth Godin has an awesome new book out called, The Practice: Shipping Creative Work. Throughout the book he emphasizes the idea that reassurance is futile. On page 61 he wrote,

“Seeking reassurance isn’t helpful when we work to make change happen. Because doing something that might not work means exactly that…it might not work. While it’s calming to be reassured, it never lasts. There’s never enough reassurance to make up for a lack of commitment to the practice. We have no choice other than to trust ourselves enough to lead the way.”

Gosh, I love that paragraph.

Please don’t allow the crickets to convince you that you are doing mediocre work. If the crickets had too much power throughout history we would never have heard of Steve Martin or the Beatles or Katy Perry or Taylor Swift. Almost everyone who has achieved significance has had to journey through a period of absolutely no response.

And if people had always listened to the critics there would have been no American Revolution or democracy or women voting or automobiles or a whole bunch of other things. The people who moved the world forward ignored the critics.

Every time you try anything in your professional or personal life, you have a choice. You can choose to embrace the crickets and the critics and give up right away. Or you can choose to ignore the annoying silence and the negative noise, and just keep on keeping on. It’s the ability to not give up in the face of crickets and critics that defines people who, as Steve Jobs used to say, leave a dent in the universe.