The Actions of Leadership Series, #6: The Downside of Success and the Upside of Boundaries 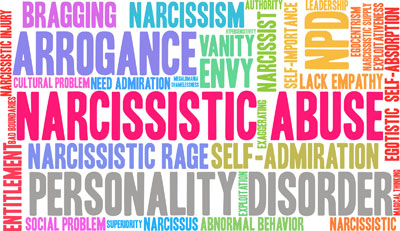 The Downside of Success

However, as you become more successful because of your well-honed talent and hard work, there are traps you can easily fall into.

Trap #1: People stop being honest with you.

When you’re 23 years old, six months into your new job, and you get drunk at a company party, the boss will call you in the next day and tell you to stop acting like a knucklehead or you will be fired.

When you’re 45 years old, the COO of the company, and you get drunk at every company party, perhaps no one will say a word to you because they don’t want to put their jobs on the line.

Trap #2: The boundaries on what is appropriate behavior become hazier.

As you keep pushing the envelope and no one says anything to you, you start to think that more and more obnoxious words and behavior are okay.

Sometimes I have seen a senior executive in a room with several associates, and the executive makes bizarre, perverse statements using very vulgar language. The associates just roll their eyes when the executive can’t see them. No one points out to the executive how ridiculous he or she is acting.

Even if no one tells you to change your words or your behaviors, there are almost always warning signs that you could have picked up on. You can feel it the next day that you said something or did something wrong. You can see it in people’s non-verbals. They are sending messages to you. You might lose a good employee or a good customer because of something you said or did.

Trap #4: You think your talent and success justify all kinds of behavior.

If you ever hear yourself or hear other people saying things like, “His/her talent is so great that we can’t afford to ever lose him/her no matter what he/she does,” then WAKE UP. Those words are dangerous. They open the door to really terrible words and behaviors.

I know of people who are tremendously successful, but every single time they drink they get very drunk. No matter how many times they have to be carried home, they still put their career in danger because of their willingness to justify their drinking with their tremendous business talent.

Their big title or their big talent becomes a trap until one day their behavior is so far over the line that the company has no choice but to fire them, or something worse happens.

I encourage you to read a book called, Billion-Dollar Painter: The Triumph and Tragedy of Thomas Kinkade, Painter of Light by Eric Kuskey. Thomas Kinkade is one of my two favorite painters, along with Norman Rockwell. His company sold over $4 Billion (with a b) worth of images of his paintings. You might have seen some of those images in calendars or full-size reproductions or coffee mugs. However, because of his massive talent no one was willing to get really serious about telling him to stop drinking all the time. They played along with him and his bizarre drinking incidents because they didn’t want to hurt the goose that laid the golden eggs. This went on until it was too late. After people close to him tried a few interventions he spiraled downward even further, and died when mixing all-night drinking with Valium.

The Upside of Boundaries

The way to avoid these traps is to truly value having boundaries in your life.

Value #1 of Boundaries: You can see when it’s time to make an adjustment.

If you have a sense of the standard of behavior that you want to maintain, then it becomes clear when you are missing that mark. My hunch is that most of us have made mistakes in what we have said or done at some point. I certainly know I have said things and done things where it very quickly became very clear that I needed to adjust my future words and actions.

Pay attention to what is happening right around you or inside of you. Take those indicators seriously, and make the necessary changes for your own sake. They might not hurt you today, but they will eventually catch up to you.

We have to be able to see when it’s time to make an adjustment. It’s dangerous to kid ourselves that we’re always talking about somebody else’s wrong behaviors or wrong words. We have to be honest with ourselves and what boundaries we want to live within in terms of our words and our actions, and then we need to make adjustments to get back within our clear boundaries.

Value #2 of Boundaries: Within clearly-defined boundaries, you have tremendous freedom.

The same is true in our lives. When we know the boundaries we need to stay within, we realize that we’re still left with an enormous amount of freedom in terms of what we can choose to do or say. It’s when we ignore the boundaries that we start to lose our freedom.

Value #3 of Boundaries: You can sustain great performance and results for the long term.

Boundaries truly don’t hold us back. They allow us to keep on going strong for the long term. Thomas Kinkade was like a volcanic eruption of talent. From 1987 – 2012 he produced an unbelievable amount of great paintings. However, with no boundaries in place, he eventually lost his wife, his family, his work, and his life by the age of 54.

Value #4 of Boundaries: You can sleep better at night.

Operating within boundaries means that you are acting with integrity. You are doing what you believe is the right thing to do. And that is the recipe for getting a good night’s sleep. Acting with integrity really is the best pillow.