The Actions of Leadership Series, #2: Build the Fellowship of the Quest 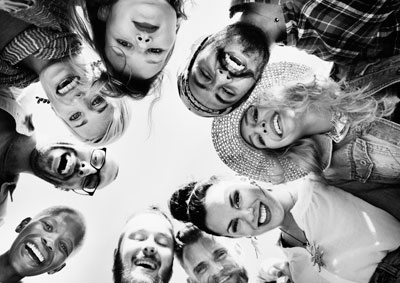 Whenever I read that a NFL or NBA head coach won a championship, I just smile. No NFL or NBA coach could actually play in a game during the season. They would get run over out there on the field or on the court. The players won the championship game.

The head coach influenced the other coaches and the players in order to produce a performance that won the championship.

I think Martin Luther King, Jr., Mohandas Gandhi, and Mother Theresa are three of the all-time great leaders in history. None of them achieved anything. What they did was influence literally millions of people to sit-in, stand up, march, boycott, pour soup, and wake up millions of other people to try to solve massive societal problems. Those people who were influenced changed history.

Leaders Build the Fellowship of the Quest

When I was 12 years old I read the three-book series called, The Lord of the Rings. Now 44 years later I just finished re-reading The Fellowship of the Ring, which is the first book in the series. This is the story of a group of people who worked together on a long and dangerous quest to destroy an all-powerful and dangerous ring in order to keep it out of the hands of the enemy. Frodo Baggins by himself could not travel across the country, deal with goblins and orcs and other such monsters, and destroy the ring. He needed a fellowship.

Mother Theresa needed other people to set up soup kitchens around the world to feed the poor.

Martin and Mohandas needed other people to protest in a non-violent way in order to change the world.

What’s the secret to nurturing relationships with the people in your fellowship?

Time is the secret.

Invest time with people. Listen to them. Turn off your cell phone, and really listen to them. Work to know them and understand them. Talk about what is important to them. And then talk about the quest, the purpose of the group, the goals the group is trying to achieve, and the journey it will take to get there.

This is not new news. It is the age-old journey that all leaders go on. It is NOT you by yourself. It is you in fellowship with other committed people to fulfill a purpose. You don’t achieve anything. You influence people to work toward the fulfillment of that purpose and the realization of the fellowship’s goals.