The Responsibilities of Management Series, #5: Strengthen Your Bench Strength 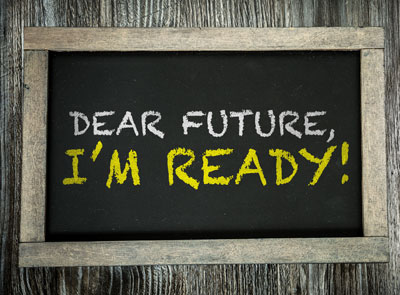 Bench strength is a term that comes from team sports.

In a team sport you have a variety of positions. You have a starter for each position. And you have people who come off the bench whenever a starter is out for any reason. The success of the team depends partly on the starters and partly on the people who come off of the bench. Teams that win consistently over a long season and even in a single big game are the ones with a strong bench.

Apply the Concept to Your Organization

I’m not just talking about the CEO or the top sales person or the top operational person. I’m talking about every single role in the organization. Who would step in at a moment’s notice if the previous person was gone?

I suggest you write down every role in your organization on a big white board. Then with a piece of masking tape write down who has that role right now and put the tape just under that role. Underneath that piece of tape put another piece of tape with the name of the person who would take that role if something happened to the first person.

The backup person might have a completely different role in the company right now, might be in the same department but farther down the org chart, or might be a name of person in another organization.

If you do this exercise, you might notice that you really don’t know who would fill in at multiple roles. Therefore the first step is to really think about all of the people you have in your organization right now and determine what roles each of them could step into at a moment’s notice. Write their names on pieces of masking tape and put them under the appropriate roles. You can have a name under multiple roles.

However, you might still realize that some roles have no backup person that you are aware of right now. Think of this as assembling a jigsaw puzzle. You may realize that some backup slots have missing pieces. This is the first sign that you have to strengthen your bench strength.

You need to develop people in your organization to be able to step into a role immediately and be ready to do the job. You might also realize that you need to network more with people outside of your organization so you know who you will call if a particular role in your company loses an employee.

Starters, or people currently in a role, get a lot of attention. They are the ones doing the work, and you need to focus on continually developing those people to perform better in their roles.

However, you also need to focus on developing each individual on the bench to be prepared to successfully step into the role he or she is next in line to do. This is mainly where a lot of companies make a big mistake. They don’t want to come to grips with the reality that any person could be gone tomorrow for a variety of reasons. They think it would create undue pressure on the current person in a role if you focused on developing the person’s replacement.

This is short-term thinking, pretending that everyone in their current role will always be there to do the job. Of course we know that is not the case, but we fool ourselves into not preparing for the inevitable because we don’t know which current performers won’t be there tomorrow. That’s exactly why every position needs a prepared person to take over, and those people on the bench today need to be continually developed in order to be able to deliver even stronger performances on day one.

Many times in an executive coaching conversation the other person has said to me, “A key employee walked out the door yesterday, and I don’t what we’re going to do.”

Every time I hear that I’m reminded of the critical importance of strengthening your bench strength. The time to ask, “Who will replace this person?” is not on the day the person leaves. The time to ask that question is while you still have the employee. You need to know who is in the pool to replace that person, and you need to work to develop those potential replacements. And this is true for every role in your organization.