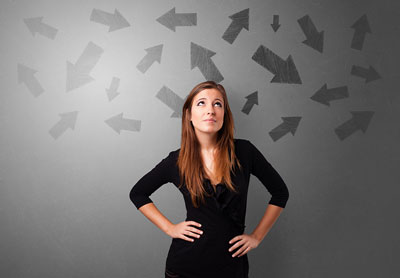 On April 23, 2016, I went to my sister, Mary’s, church because the Mass was being said in memory of our sister, Cathy, who passed away exactly one year earlier.

The priest who gave the sermon did not attempt to be funny or dramatic or memorable. He didn’t raise his voice or lower it. He simply relied on the power of his words to carry the message. It was such an extreme example of austerity in speaking in a plain, unvarnished manner that he caught me off guard. I sat up a little straighter and paid attention a little closer. And then without raising his voice he hit me between the eyes.

The main point of the sermon was to start with yourself and focus on improving the one person you can actually change. You start with you, and I’ll start with me.

After we all went to dinner to celebrate Cathy’s life, Mary gave each of us a copy of a book called On Fire by John O’Leary. She suggested we might each enjoy it.

I had heard of John O’Leary. 100% of his body was badly burned in a home fire in 1987. He eventually went on to become a motivational speaker. I hesitated to read his book earlier because I’ve read books by people who had been through some type of horrific experience and most of the time I found that the book was very narrow in scope and had little practical, relevant value for the reader other than the idea that people can overcome tremendous obstacles.

On Fire is completely different than that.

I would put this book on a par with Man’s Search for Meaning by Victor Frankl, who survived the Nazi concentration camps in the 1940s and went on to write this classic book about the power of having a purpose that can sustain a person through terrible conditions.

O’Leary does a masterful job of mining out many stories from his life that challenge the reader to focus on two things: purpose and choices.

In any situation at work or at home or in your community or with your friends, what is your purpose? Undoubtedly it will be different from group to group and from one situation to the next. Without a sense of purpose of why you are doing or saying whatever you’re doing or saying, you can easily fall into patterns of behaving and speaking that don’t fit with what you really want to do or say.

Once you know your purpose, you can choose which path you want to go in each situation.

On Fire provides a number of examples of these forks in the road: living or dying, loving or hating, optimism or fear, victor or victim, grateful or complaining, walk and stumble or never try to walk at all, and mentor others or stay locked in your room forever.

Essentially, John O’Leary breaks a person’s life down to essentials. These are the same essentials whether you’ve been in a horrific situation or not. We all still have to find a purpose and make choices in multiple situations every day. I certainly encourage you to read On Fire by John O’Leary.