What Seed Belief is Your Organization Based On? 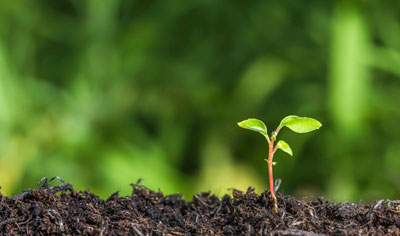 (Note from Dan: This article is about your organization and concerns the step that precedes the establishment of a strategy or tactics.)

Ray Kroc believed that people wanted a hot meal served quickly with friendly service in a clean environment at a reasonable price.

Oprah Winfrey believed people wanted content that helped them feel empowered to live the life of their own choosing.

Walt Disney believed all members of a family wanted healthy and wholesome entertainment.

Those seed beliefs provided the roots that grew into six amazing organizations.

If you try to plant ten seeds (corn, wheat, pumpkins, squash, sunflowers, green beans, red peppers, roses, oranges, and apples) in the same spot, you don’t end up with something amazing. You end up with something awfully messy. You have to know your one seed belief as an organization. From that will grow your strategy, hiring approaches, employee development, planning, execution, innovation, and branding.

In the absence of a single seed belief, each group within your organization will work very hard and could very well end up basing their decisions on ten different seed beliefs. You end up with ten different plants striving to grow simultaneously within the same space. Nothing grows that way and sustains itself for any length of time in a healthy way.

The other danger is changing your seed belief every four or five years. This happens most often when there is a change in decision-makers at the top of the organization, particularly when a new CEO comes in from outside the organization or when the company has had a bad year financially. The danger is in forgetting the history of the company and why it was built in the first place. When you move away from the original seed belief, you affect every part of the organization: its values, vision, strategies, employees, plans, products, services, systems, desired customers, and marketing efforts.

Imagine tearing up a massive fifty-year-old oak tree and planting corn where it once stood. Picture that for a moment. That’s what happens when you change the seed belief in your organization. You might think it seems like a small thing. You’re sitting in a conference room with a dozen other key decision-makers and over the course of a two-day planning session the decision is made to change the direction of the company with the understanding it will generate better financial returns over the next three years. Without realizing it, the seed belief that has guided every part of the organization for decades has been altered.

To further complicate things, imagine the seed belief of an organization has been changed. Massive work has been done to get everything in alignment with this new seed belief. Sometimes this is the very best thing for an organization to do. It needs to reinvent itself around a new seed belief in order to become a more successful organization. However, after four years of tremendous effort on the part of every person in the organization, the executive committee decides to change the seed belief of the organization again. The four-year-old seed is now ripped out of the ground and something new is put in its place. Nothing great ever happens. No plant is given enough time to become something magnificent. The short-lived excitement happens while changing the seed, not while achieving something sustainable.

For a quick visual of this phenomenon, think about pro sports or major college sports programs. Think of great programs where the coach has stayed in place and other programs that remain mediocre to flat-out terrible where the coaches come and go quite literally like seeds in the wind.

What is the seed belief your organization is based on?

Before you think about changing your seed belief, be sure to work to understand what it is right now. It may not be totally apparent. Sometimes an organization starts out, people get busy working hard, and they forget what it was that got them going in the first place. Step back from your day-to-day activities and ask yourself, “What one seed belief is our organization based on?” Take your time. Let this roll around in your brain for a while. The value of doing this is you will be able to more intentionally make decisions in the future that support this seed belief. Your strategies and tactics and people may change over time, but if they all flow from the same seed belief then your organization will grow stronger as time moves on.

This summer I read a terrific book called Winning the Story Wars by Jonah Sachs where he cleverly combined ideas from Abraham Maslow and Joseph Campbell and applied them to the idea of the story a company is trying to tell. He got me thinking about the journey I’ve been on over the past 22 years. From that came this idea of a single seed belief. It was then that I realized the seed belief that all of my life’s work has been based on is this:

It’s that belief of mine that has guided all of my work activities over the past thirty years. And it’s that seed belief which will guide my professional decisions for the rest of my career.

How can you help your organization make sure all of its decisions connect back to its seed belief?