What’s All This Talk About Being Authentic? 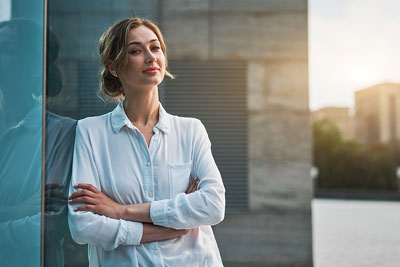 There has been a flurry of discussions and comments lately about the importance of being authentic. I hear it from my clients, I read about it in articles, I see people talking about it on tv, and I receive emails about how someone is or is not authentic. Somehow “authenticity” has become a critically important element of business leadership. When a word gets elevated to common usage, there usually is a variety of reasons lurking underneath.

I grew up in Jennings, Missouri. It would be hard to imagine a less pretentious place than Jennings in the 1960s and 1970s. No one ever talked about being themselves. They just were themselves. There was Mr. Nolan, the athletic kind man who coached our teams, Ed Mensio, the chain-smoker who coached my soccer team in 7th grade and never said a mean word to anyone, and Gene Coughlin, my dad who coached our baseball and basketball teams even though he had six kids to worry about. There was Mrs. Schulte and the Maixners who worked so hard in the Girl Scouts and Boy Scouts. There was Miss Kostecki and Miss Hake, my fifth grade and third grade teachers, who were just totally themselves. I never heard anybody talking about someone being genuine or authentic. We all just were who we were.

Why Do People Stop Being Themselves

If authenticity is so much in demand, it must mean that there is a real shortage of authentic business leaders. What has caused this shortage? What keeps people from just being themselves? Here are three reasons, and I suppose they are all connected to one another.

Chasing after money or fame or titles or authority, and the power we think comes with them, can cause us to let go of who we really are and try to become someone else. We start to think if we talk a certain way or act a certain way or treat people a certain way we will increase our chances of getting what we want in life. Little by little we let go of old ways of thinking and behaving and start to assimilate new ways.

Sometimes this is real personal progress. We are evolving, we are maturing, and we are becoming capable of handling much greater responsibilities. That part is good. Without it, we would never advance as a society.

Sometimes this is bad. We lose our values, we lose the essence of who we are, and that can lead to big, big problems. Then we spend the rest of our lives in the chase to become someone we are not. We end up neither as who we really are nor as the person we think we want to become. Oh boy. That’s a real mess.

The Image (or The Mirage)

Another way we lose ourselves is in trying to project a certain image either by the clothes we wear or the cars we drive or through social media. We want our image to reflect the person we want to be rather than the person we really are. Little by little our authenticity gets worn away, and we end up trying like crazy to come across as the authentic version of who we think we want to be. The only problem is everyone else realizes that we aren’t authentic at all. Notice how close the word image is to the word mirage.

Sometimes we achieve real success in some area of our lives, and then that success becomes our security blanket. It becomes our identity. If we made a bunch of money, then having a big salary becomes part of our persona. If we won a major sporting event, then that championship becomes part of how we are introduced to other people. The problem is this security blanket can easily take over how we see ourselves. Now we’re no longer just ourselves. We are the label that we have earned and want to hang on to forever.

When Have I Lost My Genuineness

In my first semester in high school I was so afraid I was going to do poorly that I worked like a maniac and I got really, really high grades. Then I saw myself as my grade point average. I became cocky and arrogant about how “smart” I was. What I didn’t want anyone to know was that I was studying four hours a night including Friday and Saturday night. It wasn’t that I was so smart. It was that I was obsessed with high grades. The problem was compounded when that label no longer meant that much to me during my junior and senior year in college, and I put in a really, really poor effort and did terribly. I had allowed “labels” to drive my behaviors.

I never heard anyone say, “Just let you be you,” until my college coach, Dennis Grace, said it to me the year after I graduated from college. I was worried about fitting in with a group of really successful soccer coaches and he told me to stop worrying about impressing them and just be myself. I wish I had always remembered Coach Grace’s advice.

When I first started my own business in 1996, I felt I had to project a certain image. So I bought expensive shirts and had them monogrammed. Then it dawned on me that people weren’t hiring me for my shirts but rather for my ideas so I stopped with the fancy shirts. Same thing happened with buying a fancy car. Thought I needed to impress people. Then I realized that all I do is drive to the airport to fly to see clients and the fancy car was sitting in the airport parking lot. So I got rid of that as well.

In almost every situation where I’ve lost myself it was because I was trying too hard to impress other people. It’s vastly easier just being myself than trying to figure out what a variety of other people expect from me. The funny thing is they usually aren’t thinking about me at all. They are thinking about themselves and how they are coming across.

Some Authentic People in My Life

Recently I met up with two people, Joaquin and Lee, who I had not talked with in a very long time. Joaquin played soccer for me at Tri-State University in 1986. We were only together for one year and then I left Tri-State to go to DePaul University. Joaquin was optimistic and positive and upbeat and enthusiastic from the first minute I met him all the way to the last minute of the last game in 1986. Then I completely lost track of him until he found me on LinkedIn a few weeks ago. The next morning we talked and he was exactly the same person on the phone as he was 27 years earlier. Same fun, excited, upbeat personality. Joaquin has gone on to great success with the Fox television network, and I believe it’s because he’s stayed true to himself.

Same with Lee. I met him in December of 1996. We met at a restaurant for breakfast. I was still a high school teacher and Lee was a Director of Operations at a regional office in St. Louis. I was wanting to work with business people to help them improve their performance as leaders, and Lee was open to meeting with me. It was a remarkably down-to-earth conversation. Lee became one of my first clients. We worked together for several years, and then we lost track of each other for about five years. I saw Lee a few weeks ago. We sat at a restaurant and talked for 90 minutes. He was exactly the same way as he was in 1996. In the 17 years since we first met Lee has gone on to an amazing career. I believe a big part of his success is that he has stayed true to himself.

Be the Same Person in Every Situation

So how does a person stay authentic? I think one way is to reflect on how you behave with different groups of people. Do you act the same way in different situations, do you have the same beliefs in different situations, and do you make the same kind of jokes with different groups? When a person is all spiritual with one group and tells sexist and racist jokes with another group, I start to doubt how real they really are. When a person says they stand for one thing in one setting and something totally different in a different setting or when a different person enters the room, my spider senses start to tingle.

Reconnect with Your Past on a Regular Basis

One way, I think, to increase the chances of staying true to who you really are is to embrace relationships with people from your past. Go visit them, have lunch with them, and really talk with them. I believe they will remind you of values and important things in your life that you may very easily have forgotten about. Reconnect with them on email or on the phone. Your past can significantly help you to understand how to deal more effectively with the future.

Find the Word that Describes You

I was at a seminar recently by a woman named Connie Dieken, and she asked us all to write down a word that described our work. I’ve done this kind of exercise many times in the past so I didn’t expect any real insights. I was all ready to write down “teacher,” but then a better word came to me. I’m a suggester. In all of my work as a speaker, seminar leader, writer, and executive coach, I’m basically trying to suggest ideas for other people to consider. I encourage them to take the ideas seriously, but in the end it’s up to each person to decide which of my ideas, if any, he or she wants to really focus on trying to implement. Now that’s not the kind of word that’s going to impress anyone. No one goes to college to become a professional suggester, but that’s what I am, and I’m completely okay with that. I like my role very much.

What are you? What word, or words, describes the essence of what you do for a living? I think the more you understand who you really are, the more likely you are to be comfortable in being that person.

Slow down. Step off the train for a few minutes. Think about who you really are. Go back in time to the experiences and people who helped to form your values early in life. Stay there in your mind for awhile.