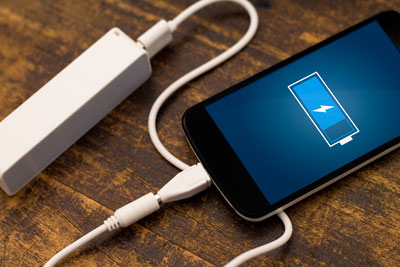 Your success will largely be determined by your ability to put as much of your energy as you can toward improving your desired outcomes in your personal and professional lives.

If you agree with that statement, then it’s essential to sacrifice doing things that waste your energy. In this article I’m going to explain 10 of these sacrifices.

SACRIFICE #2: Sacrifice negatively judging other people and mentally or verbally criticizing them.

I’m not talking about giving an employee a performance review or having a monthly meeting with an employee to provide him or her with your feedback. That can be extremely helpful to the individual and in helping the organization to achieve its goals.

I’m talking about the huge amount of energy we waste negatively judging people and mentally and verbally criticizing them. Keep a track this week of how much time you spend negatively judging other people or criticizing them in your mind or in a conversation with other people. Sometimes I find it to be a devastating amount of time that I waste doing this. I can have a full-blown 20-minute conversation in my head about all the “faults” another person has. What a waste of my energy.

Is it my job or my role in life to judge other people?

Has anything effective or productive been accomplished by my reviewing all the things this other person does “wrong” in my opinion?

Every time I stop to answer those two questions, I arrive at the same answers: no and no.

If we just accept ourselves as we are and accept other people as they are, we can lasso that wasted energy and apply it toward what we’re trying to improve or achieve that day.

SACRIFICE #3: Sacrifice trying to control other people by telling them what to do or what to say.

A long time ago it hit me that we can’t make another person do what he or she chooses not to do. It’s called human freedom. A lot of wars have been fought and a lot of lives have been lost in the pursuit of preserving human freedom, yet we still waste a ton of energy trying to tell people what to do, how to act, and what to say. It happens in business all the time. A person tells another person exactly what to do and what to say at an upcoming event. Here’s the deal. Each person will do and say exactly what he or she chooses to do or say. Trying to make a person do certain things or say certain things is going to come across as micromanaging and is not going to be effective.

Instead of trying to control people, I encourage you to talk with that person about what you each think is important in an employee or customer interaction and why you both feel that way. Ask the other person questions like, “How do you think you would feel if another person talked to you the way you just talked to that customer?” Rather than telling people what to do or what to say, try to get them to think differently. That’s a much more effective use of our energy than trying to control what people do or say.

Working with a real sense of urgency toward improving a desired outcome can be a really, really good thing. That’s how great achievements occur.

Wasting energy by being consumed with impatience over day-to-day occurrences can be very, very dangerous. Eating up your energy by being frustrated while standing in line at the grocery store because the line isn’t moving fast enough for you or the email response from your co-worker isn’t arriving soon enough to suit your tastes can actually keep you from being more successful. The energy you burned up by being impatient could be saved and applied when you really need it later in the day.

Relax, breathe in, breathe out, slow down, conserve your energy, and then when you need it apply it as well as you can. A world-class sprinter only goes all out for a very few short bursts of energy each day. The rest of the time he or she is building up energy and storing it for when it’s needed. Don’t waste your energy by being impatient with the little things in life.

Drama in the workplace or at home is fun. It breaks up the monotony of the same old same old. It also wastes a ton of valuable energy.

Your teenage daughter says something with a tone and an attitude that you didn’t exactly appreciate after a long day at work, and so you overreact. You scream, you say a few swear words, you decide to get really sarcastic in your remarks, and you drop some really cynical remark on your daughter about teenagers these days.

Whoa Nellie. You’ve just expanded a ton of energy that you aren’t going to get back anytime soon. You feel good about it and you definitely got your feelings across to your daughter, but was it a good use of your energy or a wasted use of your energy? (The reason I can spell that one out in such detail is because I have two teenagers in my house, and oh the energy I’ve wasted over the years in overreacting. My son, Ben, has a title for me: Mr. Over Reactor. And the part that really makes me mad, which wastes more of my energy, is that I know he’s right.)

Overreacting at work goes the same way. We take something that was clearly wrong and obviously irritable and we turn it into WWIII with bodies lying all over the place. Why? Why do we overreact so dramatically that the overreaction actually wastes more energy than the original event?

Stay calm. Save your energy for a productive use, and then apply it in a way that really helps.

I’ll keep this one short. Make a list of the kinds of food and drinks that you feel actually drain your energy throughout the day. I’ll just throw three ideas out there: sugar, grease, and dough. When I load up on those, I’m dragging at the midpoint of the day. If I do it for a week, I’m really, really tired. Try fruits, vegetables, and water for three straight days. Wow, what a difference it makes in terms of energy to get stuff done.

I have to admit I don’t know local news or current events as well as I should. A big part of that is because I don’t watch the local or national news stations at all. I gave up on that years ago when I found that almost every news show began with some horrific killing done in the most inhumane and disgusting way imaginable.

I buy into the idea of “GIGO” and “BIBO”. Good things in, good things out. Bad things in, bad things out. The breaking point for me was about 15 years ago when somehow the local “news” station decided that telling a story about a deranged person doing something remarkably disgusting and despicable was newsworthy. Even though I was going to include the story in this article, I concluded that I didn’t want to put that vile of a thought in your mind. I decided for myself years ago that the “news” stations were really “ratings” stations and that they were highlighting what I didn’t want to focus on.

Choose what you want to put into your mind. I just encourage you to choose it carefully. I happen to believe that there is something to be said for the idea that people act out on what they think about all day long. Earl Nightingale had this great quote, “You become what you think about.” If we’re not careful, the images we focus on can lead to actions that waste a ton of our energy.

SACRIFICE #8: Sacrifice negative thoughts about the past.

What happened five years ago or longer that you are still ticked off about? Even if it happened a week ago, if you’re still carrying anger or frustration toward another person or yourself, then let it go. If you have to do something to rectify the situation, then do what you think needs to be done. But just hanging on to the negative emotion because you feel you should or because you have for a long time is not going to help you get more useful energy in your life. It’s actually eating up energy in your life that you need to be as effective as you can be.

Instead of thinking about all the things that can go wrong in the future, focus on exactly the way you want things to turn out in every part of your life. Both approaches take up the same amount of energy, but I would argue that the latter is a much more useful way to deploy your energy than the former. Remember: you become what you think about. You become to a large degree what you focus on.

For 10 years I was a high school math teacher. Since 1998 I’ve worked full-time with business executives as a management consultant. Here’s the funny thing. Regardless of how much money people make, they still spend a lot of time worrying about and focusing on money. Whether they have a lot or a little, they use up a lot of their energy thinking about money.

I realize you might be thinking, “If I stop worrying about money, what am I going to do all day?” Here’s the thing. Worrying about money and obsessing over it isn’t going to make you more money. Instead put your energy toward creating value that can lead to you making more money. Here’s one more thought. Don’t spend money unnecessarily. Don’t run out and buy something the second you think of it. Focus on saving money. Money is a form of energy. When you have it and you really decide to invest in something, then invest in it. Just like with my earlier comments, focus on preserving your energy (money) so that you can then put it toward what you’re trying to improve or achieve in your personal life and in your work.

Be patient. Stay calm. Accept yourself as you are and accept other people as they are. Make your best contribution by preserving your energy and then pouring it out deliberately toward the impact you want to make in your personal and professional lives. This is a subtle thing, but I think it can make a huge impact.