The Essentials of Teamwork Series, #7 Cherish Time in the Wilderness 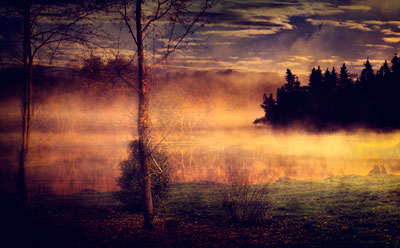 For an organization, time in the wilderness is when an organization has reached a point where many things are unclear, and it’s very hard to figure out what to do next.

Imagine driving your family from Los Angeles to New York City. You know where you want to go, you know how to get there, and you have mapped out exactly what roads and highways to take on your journey. You are moving at an efficient pace.

Then during your journey you choose to drive through a large local forest. It looks beautiful so you pull deep into the forest. Suddenly you run out of gas, your car battery breaks down, and you are unable to get internet or phone service. A few hours later the sun goes down. What are you going to do? Things like direction, speed, and efficiency are no longer givens. You don’t know where you are going, and you don’t know how to get there. The only things you and your family can rely on are your abilities to think, reflect, discuss, discern, and decide. Then you can move into action.

This is time in the wilderness.

Changes in the marketplace, the economy, technology, competition, and on and on can cause an organization to reach a point where they don’t know the direction they want to go in, and they don’t know how to move forward effectively. Quite literally, the organization has to reinvent itself and create a new path forward, which can involve reinventing the business you are in, your purpose, your goals, your strategy, your tactics, and/or your action plan.

See the Value of Time in the Wilderness

When organizations land in the wilderness, people sometimes become extremely distressed. They want a way out right away, and so they grab at any activity that can feel like progress. From 1941 – 1949, The Walt Disney Company was in the wilderness scrambling for ways to become much more relevant again. The same thing happened to Apple from 1985 – 1997. However, it was the time in the wilderness that allowed people to think, discuss, discern, and decide on a direction and an approach that led to phenomenal success for both companies over the ensuing quarter century.

What Not to Do in the Wilderness

The worst use of time in the wilderness is to avoid focusing on productive ideas and instead focusing on producing a scapegoat. When people are in the wilderness, they start to feel desperate and extremely anxious. They want to feel good about themselves and look good in front of other people. They want to feel in control. They often turn to pointing their finger at a subgroup and making them out to be the scapegoat for all of their difficulties.

They essentially say, “All of our problems are because of this one group of people. We blame them, and we need to control them.” By establishing a scapegoat, they attempt to feel better about themselves.

In Germany in the 1920s and 1930s, there was a deep economic recession. Adolph Hitler rose to power by focusing ever-growing audiences on the idea that the Jews were to be blamed for all the financial problems in Germany. The Jews became the scapegoats of the poor economy, and this scapegoating led to the rise of the Nazis. Hitler could have said, “Let’s all work together as Aryans and Jews, be as productive as possible, and we can all succeed together.” He chose instead to define and target scapegoats, and history has shown the massively negative outcome for everyone involved in the murder of six million Jews and the horrible loss of life during World War II and the decimation of Germany in 1945.

In 1619 in what is now known as the United States a decision had to be made. There were Dutch colonialists and people from Africa in the same geographic area. They could have worked together to increase productivity and success for everyone. Instead the Dutch colonialists decided to turn the people from Africa into slaves and scapegoats. As a result of sustained effort to keep people with darker skin in a horrible situation, we now have 401 years of a Caste system in the U.S. based on color both before and after the United States became a country, which has dramatically affected the U.S. in massively negative ways all the way to today.

I encourage you to read Caste: The Origins of our Discontents by Isabel Wilkerson, which is about the devastating impact of turning away from productive teamwork and turning toward unproductive and dehumanizing scapegoating.

While those are two enormous examples, a similar thing often happens inside of organizations. Multiple changes have caused an organization to be in the wilderness. Instead of choosing to have effective collaborative discussions, key leaders decide to define a scapegoat for all of the problems. And then they spend tremendous amounts of time and energy persecuting the scapegoats until these people leave the organization or do whatever they are forced to do. The organization loses because nothing sustainably productive has been created while the wilderness period existed. The long-term impact is an organization that eventually suffers terribly both on an individual basis and as a group.

What to Do in the Wilderness

When things in an organization no longer are clear at all, it’s important to return to the fundamentals of teamwork: thinking, discussing, discerning, caring about each other throughout the organization, communicating some more, supporting one another, and making decisions together.

When that happens, the team can pull together and create approaches, products, and services that can generate long-term success.

Disney did that in the 1950s to an extraordinary degree.

Apple did that from 1997 – today to an amazing degree.

It doesn’t happen overnight, and it doesn’t happen by one dictatorial force trying to shove a plan on to people and then blaming people, the new scapegoats, when the dictator’s plan doesn’t work.

No time was wasted on creating a scapegoat and blaming them for everything. The energy while in the wilderness was invested in thinking about the strengths in the organization and the opportunities in the market around it.  Together the group thought and developed clarity. And then together the organization began to move forward with no finger-pointing and no creating of scapegoats. People cared about each other all the way through the experience from the wilderness and beyond. This required tremendous patience and faith in one another. It required respectful communication, and not ignoring people because they were in a different subgroup than yours.